The Untamed Valleys of Ladakh

Amidst the Zanskar mountain range, the Ladakh region in India, also known as Mini Tibet of the country due to its deep rooted cultural links with Tibetian customs, is a land where one can fall short of words while witnessing its beauty. And probably ‘different’ is the only word you are left with as you come across this side of India.

Because of its high altitude passes through the barren mountains it is also known as the cold desert of India and is mostly famous for bike tours and expeditions across the region.

Indian Visa is available for over 180 nationalities including those from United States . India e-Visa (Indian Visa Online) is of several types depending on the purpose of travel. Indian Medical Visa, Indian Business Visa and Indian Tourist Visa are the most common types of Indian eVisa which are issued by the Government of India electronically. What eVisa or Indian Visa Online implies is that you, do not need to visit Indian Embassy, you do not need to courier passport, you do not need to get a stamp on your passport, you do not need to physically stand in the queue or mail or post any documents. You can apply for Indian Visa Application which can be completed in under 2-3 minutes and get eVisa for India by email. You can visit the Airport or Cruiseship or Charter plane and embark for your journey to India. The immigration officers will check for your Visa in the computer and allow entry into India.

When travelling across Ladakh, it would be a usual sight crossing through high elevation mountain roads, which although appear in the most rugged conditions but nonetheless seem gorgeous in this barren beautiful wonder of nature. 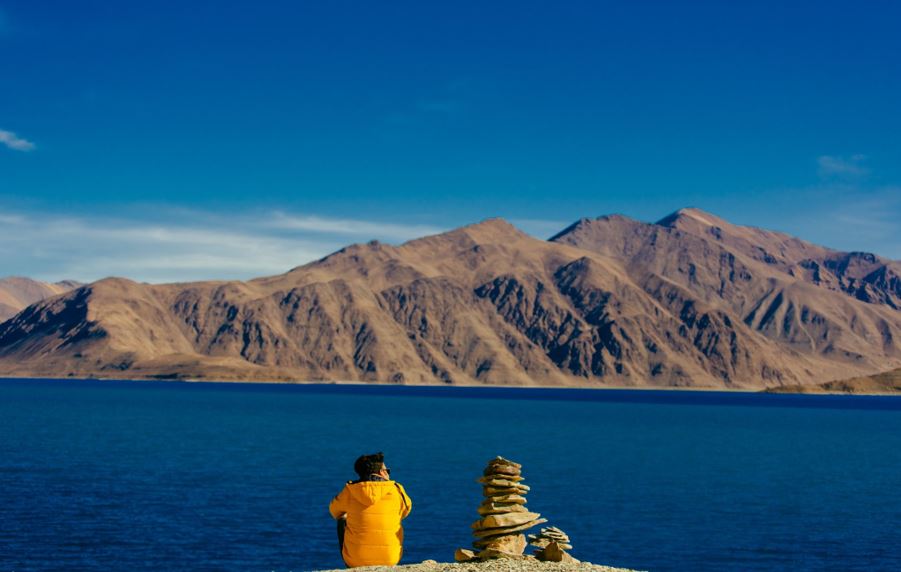 Ladhakh, as barren as it seems from the outside, is actually filled with vibrant valleys located at its heart, presenting a nice glimpse of the combined culture of Tibet and Ladakh.

Zanskar valley is one the most beautiful valleys in the region surrounded by the snow capped peaks of mighty Himalayas. Other famous valleys in the region include the Nubra valley which is located at the northern edge of the country sharing its borders with Xinjiang in China. Nubra valley is most famous for its biking trips passing through the highest of the passes in Ladakh.

Check for tips for business visitors arriving India on a Business Visa. 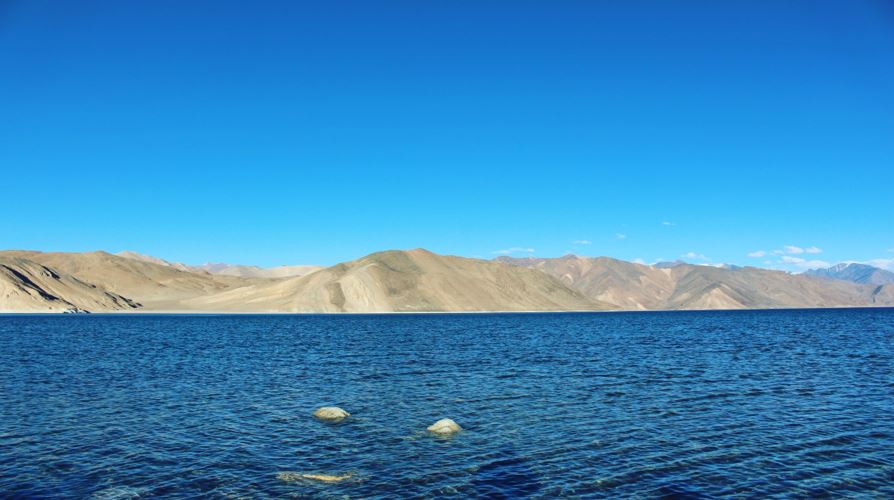 One of the highest Ramsar sites in the world, the Tso Moriri lake or the Mountain Lake located at the altitude of more than 4000 meters, surrounded by wetlands and a habitat for migratory birds is one of the most beautiful and highest altitude lakes situated in India.

The lake comes under the Tso Moriri Wetland Conservation Reserves and is one of listed Ramsar sites, a designation for wetlands of international importance, in the country. Although it is not persimmable to camp by the lake, the place offers divine beauty and acts as a blue gem accompanying the dark mountains.

Talking about lakes, what would be the picture of sapphire lakes in a region covered with dry dusty mountains? It would surely look no less than tiny jewels shining on a strange land.

Pangong Tso lake is the most famous lake in Ladakh, with a visit to this part of India being incomplete without seeing this blue gem. The lake happens to change colours many times a day with various shades of blue to even going red with its absolute clear waters. As tempting as it may appear, don’t try swimming in the sub zero temperatures of the lake! The scenery from the Pangong Tso is something that surely cannot be witnessed anywhere else. 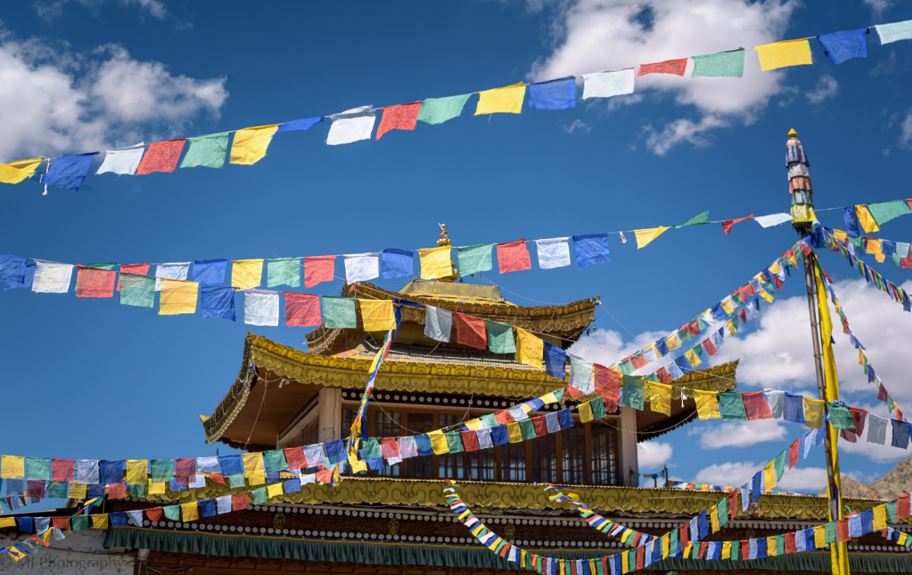 Acting as a gateway to the Siachen Glacier, the Khardung La pass is the highest motorable pass in the world with its route going towards the Nubra valley at the other end. Adventure enthusiasts from around the country journey all the way from the northern plains of India to finally reach the high altitude pass. At the end of the journey you would have the barren ranges of Zanskar welcoming you under the crystal azure skies.

What is with the term La attached with every pass in Ladakh?

Ladakh is also known as the land of high passes, with the word La in local language meaning mountain passes. Most mountain pasess in Ladakh are suffixed with the term La. So this is actually the La land of India.

In one of the passes not named as La, lies a place called Magnetic Hill, surrounded by slopes creating an optical illusion, famous for its magnetic properties. So don't be surprised next time if you see a vehicle parked here defying the law of gravity as it appears to be answering the calls of the mountains! 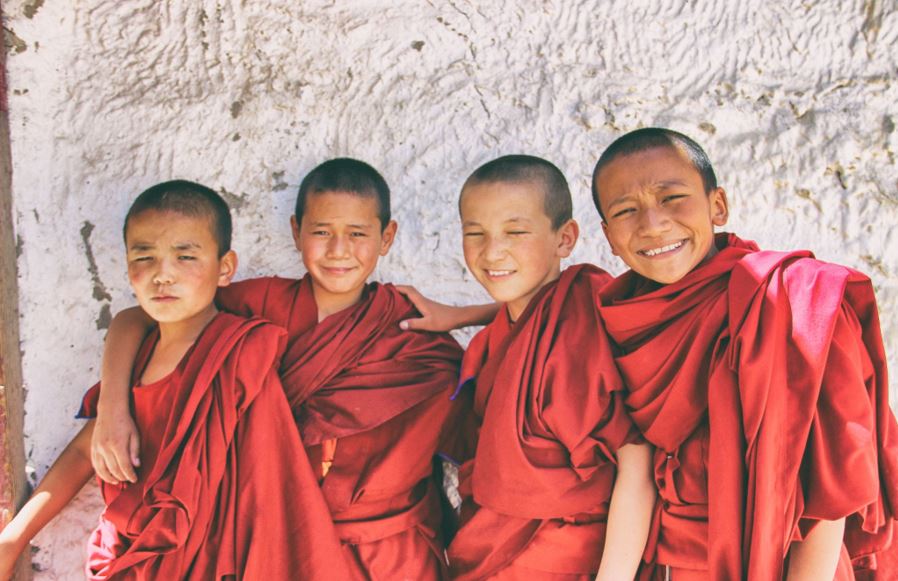 Culture of Ladakh is heavily influenced by Tibet and it is no surprise that the same is reflected in food and festivals in this region, which is also considered as the center of Buddhism in the country. While touring across the region, a visit to high altitude monasteries is something to be not missed in any case as they offer the closest glimpse of Ladakh's traditional ways of life.

Life of the people of Ladakh is surely in stark contrast than anywhere else, with the simple cuisines and lifestyle being practiced given the difficult terrain.

The coldest part of India and the second coldest place on earth, Drass, located in Kargil district of Ladakh, is one of the most difficult inhabited places with temperatures dripping as low as minus 30 to 35 degrees. Given the extreme cold of the mountains, the Ladakhi cuisine is mostly surrounded by variations of noodles, soups and staple grains of the region like barley and wheat.

While a burst of tourism in the area has led to emergence of many food options from popular northern plains of India, but when on a journey to this mystic land, the original flavours of Zanskar would introduce various flavours from Himalayas from this apparently dry region of India.

Thukpa, a noodle soup originated in Tibet and butter tea are most famous in the local shops from the region. And if you happen to visit the place during the annual festival of Hemis monastery, which is one of the most celebrated festivals of Ladakh, then the seemingly barren land would appear more colourful than you might have witnessed anywhere else.