Ganges is the lifeline of India in terms of its overall significance in culture, environment and resources. The story behind the journey of Ganges is as long and fulfilling as the river itself.

Ganges originates in Himalayas, flowing through Yoga city of Rishikesh

India is a land of many colours and rivers where every river has a story associated for its spiritual significance with a legend of its own. What would be the legend behind India's mightiest river?

Rising at the foot of Himalayan glacier, Ganges appears an ethereal beauty in the Himalayan heartland of Uttarakhand, known by a less common name, Bhagirathi, at its origin. The river originating from the glacier Gaumukh, becomes holy right by its birth, with a secluded temple being situated near its origin.

As believed in Hindu mythology, to tame its torrential waters, Ganges was contained in the locks of Shiva, before descending the earth, as it was requested by the gods that the sacred river needs to come down from heaven to replenish humans.

Hydrologically, the stream Alaknanda would be the main source for Ganges although as per ancient beliefs it was after a penance performed by sage Bhagirath that the river landed on earth, which made Ganga also to be called Bhagirathi at its source.

It is only at the confluence of the two rivers, Bhagirathi and Alaknada, that the river comes to be called as Ganges. After this first confluence, several smaller tributaries and rivers meet the sacred river along the way with many such confluences regarded as the holiest of places in India

Not only is there no need to visit Indian Embassy but also there is no requirement to send the Passport by courier or post. The eVisa India is delivered by email and noted in the computer system. The immigration officers check for the Indian Visa Online at the time when you cross the border and check the details against your passport. You must make sure that your passport is valid for 6 months at the time of Indian Visa Application.

Several smaller tributaries meet in the mighty river hence creating a web of streams and rivers making the land of the country fertile for cultivation. 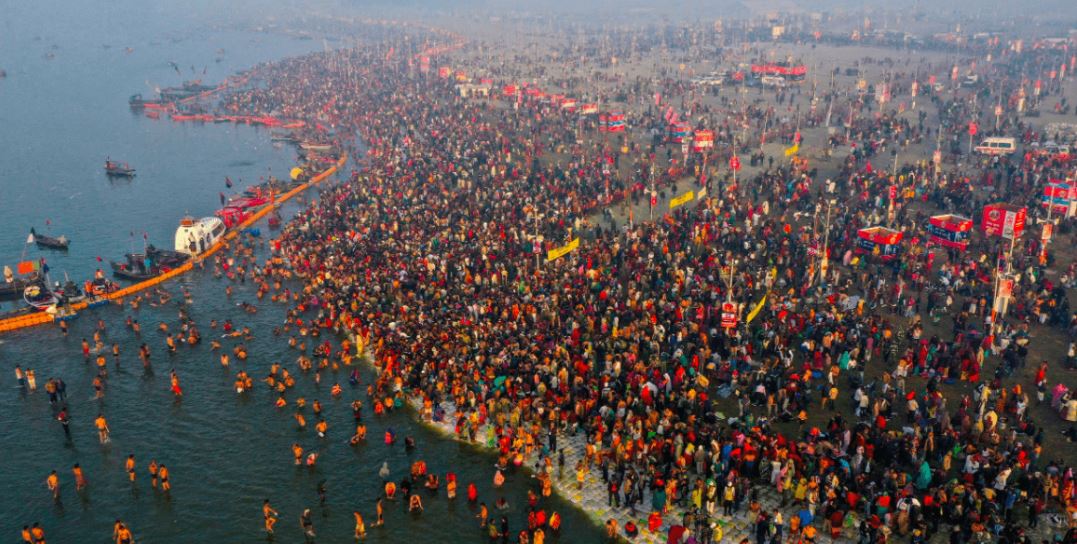 Hindus bathe in the waters of Ganges all along its course and offer petals, earthen oil lamps as a mark of respect and devotion. The river water is considered sacred and used for all ritualistic purposes along with it being carried on the journey back home.

Even a small amount of water from the river is believed to purify everything it falls upon, from a human body and spirit to even spreading vibrations of peace in a house where it is sprinkled. Water at the confluence of rivers is considered as most sacred in India, where the holiest of the places in the country are located and thousands make a visit to immerse themselves in the coolness of purity.

The Kumbh Mela which literally means an earthen pot of water, is the largest gathering witnessed alongside Ganges as it meets the other rivers on the northern plains of India.

Banks of the Holy River 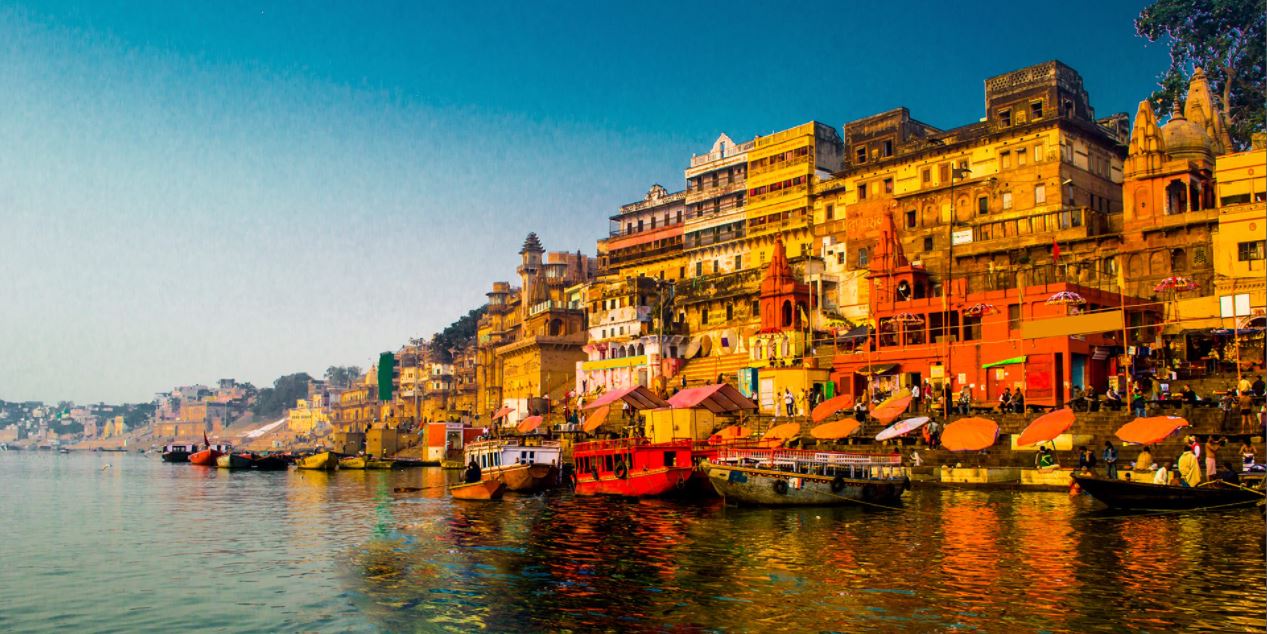 Holy Varanasi, city on the banks of river Ganges

Some of the holiest places in India are located on the banks of Ganges with their spiritual significance directly associated with the river.

It is believed that one’s last breath on the banks of Varanasi, a city located by the river, brings salvation to the soul, which for the same reason is known for its cremation ghats along the river. Varanasi otherwise called Benares, is a revered city in Hindu, Jain and Budhdhist scriptures.

Besides spiritual reflection, many other activities for the purpose of tourism are also organised in the city famous for it’s yoga heritage, Rishikesh, a place also known as a gateway to Himalayas. Rishikesh is also known for its ayurvedic medication centers and international hub for learning yoga and meditation.

One of the greenest world heritage sites, the Sundarbans mangrove forest is formed by the confluence of Ganga, Brahmaputra and river Meghna, creating the world's largest river delta. The Sunderbans have one of the richest wildlife and ecosystems, with many tributaries and small streams criss-crossing from the sides of major rivers.

As the Ganges reaches the end of its journey in east India, it prepares to land in the Bay of Bengal creating the Ganga-Brahmaputra delta along the way. Sunderbans are truly one of the unexplored treasures of India.

After a long journey from the mountains, as the holy river meets the sea its confluence is again celebrated with devotion and prayers, which in a simple way is a gesture of bidding farewell to the sacred river, after its done serving for thousands of miles and quenching the spiritual thirst of millions of people along the way.