Travel Guide to Udaipur India - The City of Lakes

Nestled in the state of Rajasthan, city of Udaipur often known as the City of Lakes given its historic palaces and monuments built around natural as well as man-made water bodies, is a place often easily recalled as the Venice of the East.

But the state’s history and decorated culture is more than what can be witnessed anywhere else. As India's little lake city, a trip to Udaipur is one quiet relaxed tour of the country’s history, something which travellers mostly want to explore while travelling to the East. Just take a random walk around a palace road as the setting sun engulfs the city in gorgeous light, and it might come as a surprise that how even this little much feels as one memorable experience of India!

Palaces by the Lakes 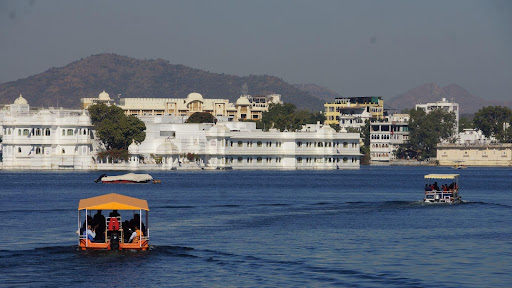 Situated on the banks of Lake Pichola, the Udaipur City Palace magnificently stands tall with its balconies and towers giving wonderful views of the surrounding lake. The palace consists of four major and several minor palaces, together comprising the huge complex of the eighth century monument. The main part of the palace now displays a historical artifacts collection.

Built over a period of four hundred years, the palace’s amazing architecture is a result of contributions from several rulers of the 8th century Mewar Dynasty of Western India. Several historic monuments are in the near vicinity of the palace complex, together making it a great historical site.

One of the gorgeous palaces surrounded by Lake Pichola, the Lake Palace was the summer place of the royal Mewar dynasty, now a converted hotel only accessible by boat. Several other amazing historic residences from the time are also located just by the lake, making the city easy as well as fun to explore.

READ MORE:
What is Indian Visa On Arrival?

While the beautiful palaces of the city are itself a reminder of the state’s royal history, the museums and exquisite art galleries in the city are no less in splendour and sure have that wow factor which makes them a must visit on a trip to Udaipur.

The Crystal Gallery is one such place well-kept for a hundred years, when the King of Mewar in the late 1800’s ordered the crystal art collections from overseas but the artifacts arrived only after the king’s death.

If you thought of Udaipur as an old city and the history museum is probably the last thing you want to see on a vacation, then the Vintage Car Museum of the city is here to change your mind.

The museum hosts a collection of more than twenty-two vintage cars ranging from Rolls Royce to Mercedes Benz and many more. The place also comes with an adjoining Garden Hotel with good options of spending an afternoon. 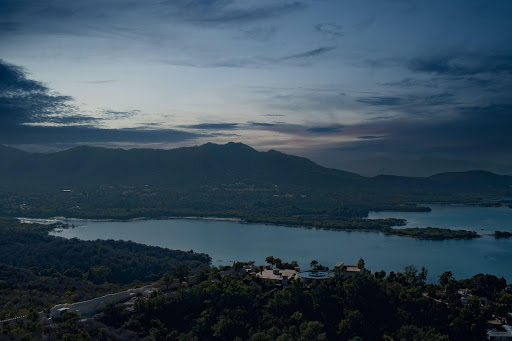 The town of Nagda, located approximately twenty kilometres from Udaipur city, is the 10 th century town which was once a prominent city under the Mewar dynasty. The village is a site of several temple ruins from the time spread across a pavilion garden. Nagda is mainly known for its ruins of Sahastra Bahu Temples, dedicated to the Kingdom’s deities of the time.

The town was once the capital of the 8th century Mewar dynasty and continued to be so until the place was sacked by the foreign invasion from Central Asia. The historic site is laden with temple structures spread in an open surrounding of green forest cover, making it a great place to explore the glory of old times in all silence. 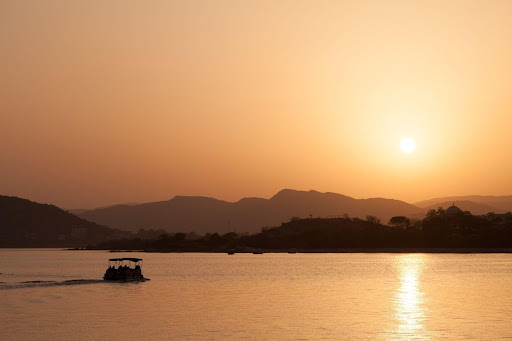 Also known as the Bird’s Paradise of the state of Rajasthan, Menar village located at some distance from the city Udaipur is a haven for migratory birds in the winter months.

Located about fifty kilometres from Udaipur, the Menar bird sanctuary is a hidden paradise which often turns out to be unnoticed by general tourists. The village lake becomes home to several amazing migratory birds including some as rare as the Great Flamingo, making it one of the best places for bird watching.

Just to add a surprising fact from the village, the cooks from Menar have been employed as family chefs of many Indian billionaires. The best time to visit the village is the winter months when a variety of birds flock the region, which is also a good time to visit the city Udaipur.

Given that the city’s one monument is closely connected with the other, simply take a stroll around the surrounding lakes, some historic structures and that might take you to all the good places on its own.

It is because of the main city structures built around the lakes that the place came to be called as the City of Lakes, and if Venice from Italy is the first thing coming to your mind then this is way different from that. With its 8th century monuments and a glimpse of royal India, Udaipur truly becomes a dream of an honest explorer.