Must see places in Karnataka for Tourists

Karnataka is a beautiful state with stunning mountain landscapes, beaches, and city and nightlife to explore but also many man-made architectural marvels in the form of temples, mosques, palaces, and churches.

The capital city of Karnataka. Titled the Silicon Valley of India for its booming start-up industry. Bangalore was erstwhile the Garden city famous for its parks and gardens. The Cubbon Park and Lalbagh are two famous green and lush parks to visit especially during spring with blossoming flowers. Spring is a beautiful time to visit Bangalore as the city is blooming with flowers on every street. The Nandi Hills is a famous mountain peak thronged by Bangaloreans and tourists alike, especially for a sunrise hike. Bangalore is one of the most happening places in India with its amazing breweries, nightlife bars, and clubs. The Bannerghatta Biological Park/Zoo is also a must-visit while you are in Bangalore. The Bangalore Palace and Tipu Sultan’s Summer Palace are two famous architectural marvels you can visit while you are there. The Chitradurga Fort is another famous landmark to visit in Bangalore.

Staying there – Leela Palace or The Oberoi

READ MORE:
You require India e-Tourist Visa (eVisa India or Indian Visa Online) to partake in the pleasures as a foreign national in India. Alternatively, you could be visiting India on a India e-Business Visa and want to do some recreation and sight-seeing in Bangalore. The Indian Immigration Authority encourages visitors to India to apply for Indian Visa Online (India e-Visa) rather than visiting Indian Consulate or Indian Embassy. 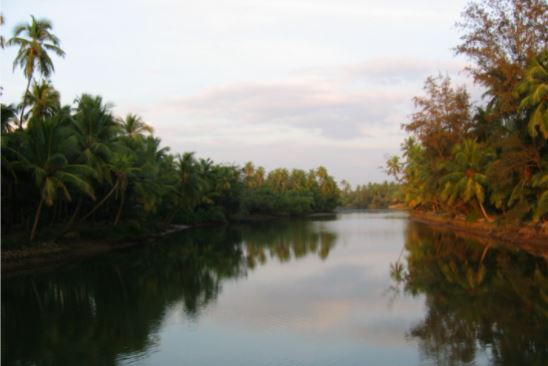 Another coast side wonder in Karnataka. The entire city of Mangalore is surrounded by stunning beaches. Some of the spectacular beaches are Tannirbhavi and Panambur. There are many towns like Udupi and Manipal nearby that are a must-visit nearby as well. A personal recommendation is to visit the Pithrody beach about 15 kilometers with a river on one side and the Arabian sea on one side and is a stellar sight to the eyes.

One of the most picturesque locations in Karnataka which makes you feel like it is straight out of a movie. The >Western Ghats meet the Arabian Sea in Gokarna so the place is a delight for mountain lovers and beach lovers. There are plenty of beautiful beaches to visit in Gokarna from Om Beach which is a cliffside and isolated beach where you can enjoy a quiet time watching the waves or climb the cliffs before sunrise and sunset. The Half Moon Beach ensures you put efforts to get there as you need to hike to reach there but it is a spectacular and divine spot to relax. The Gokarna Beach is very popular and is thronged by tourists, so it will be tough to find a secluded spot here. Paradise beach is also accessible only by hike or by boat and is the final beach in Gokarna. 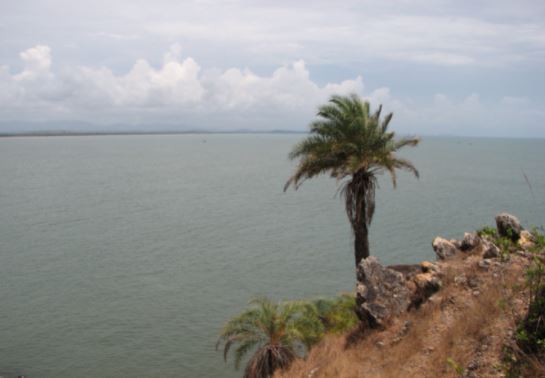 Kudle Beach View Resort and Spa or Sea U Sand

There are two sides to Hampi, one to party and the other to explore the culture of Hampi. The cultural side of Hampi has plenty of temples to offer from Sreevirupaksha temple, Vijaya Vithala temple, Hazara Rama Temple, and Achyutaraya Temple. Hampi has some hills as well that mountaineers can explore like the Matanga Hill with stellar sunrise and sunset views. The Anjaneya Hill is considered to be the birthplace of Lord Hanuman. The Hemakuta hill also has many temples and great views of the town of Hampi. The famous ruins of Hampi were built in the 14th century and are a UNESCO heritage site. Some of them are Hampi Bazaar, Lotus Mahal, and House of Victory. The hippie side of Hampi is giving competition to Goa as the party hub of India. You can bike around the villages near Hampi, climb the Anjaneya hills, cliff jump, and explore the lake Sanapur on a coral ride. 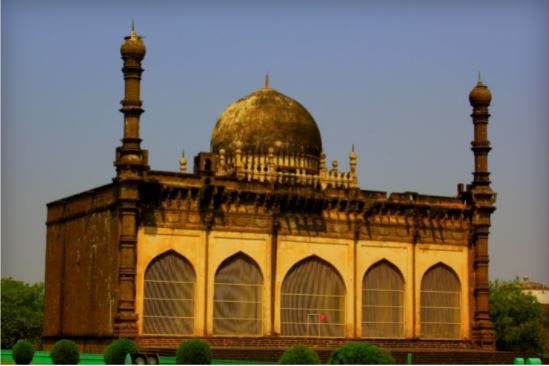 All the architectural marvels and intricate designs and the infusion of Hindu and Islamic architecture have led to Vijayapura being called the Agra of South India. The town is famous for its architectural wonders in the Islamic style. The most famous monument here is the Gol Gumbaz built in the 17th century. The monument was the tomb of king Mohammad Adil Shah and is constructed in Indo-Islamic style. The building is constructed in such a way where an echo is heard several times throughout the gallery. The Jumma Masjid is another famous site in Vijayapura also constructed by the same king in victory over the Vijayanagar empire. The Bijapur fort was built in the 16th century by Yusuf Adil Shah. Ibrahim Roza, Bara Kaman and Ibrahim Roza Masjid are some other famous monuments you can explore in Vijayapura.

Coorg is christened as the Scotland of the East. The aroma of coffee will fill the air around you, especially during harvest season. The lush greenery of the hills and the blue skies feel like you are in paradise. The Namdroling Monastery is a famous religious site close to Coorg. Two falls are close to Coorg which are also a must-visit, Abbey and Iruppu. The holy site Talakaveri, the origin of the river Cauvery is located close to Coorg as well. The Dubbare Elephant Camp at Dubbare is less than an hour from Coorg and you can enjoy bathing Elephants there. There are also small peaks like Brahmagiri and Kodachadri you can trek. You can also enjoy river rafting in Dubbare.

READ MORE:
Coorg and other famous Hill-stations in India

Chikmaglur is another famous hill station in Karnataka. The Mahatma Gandhi National park is a favourite tourist spot for families. The Kallathigiri and Hebbe waterfalls are two well-known cascading waterfalls in the area thronged by tourists. The Niagara Falls of India, Jog Falls are not very close to Chikmaglur but the four-hour ride is worth your time and effort especially during the monsoon months. There are two famous lakes in Chikmaglur for tourists to explore by boat as well. 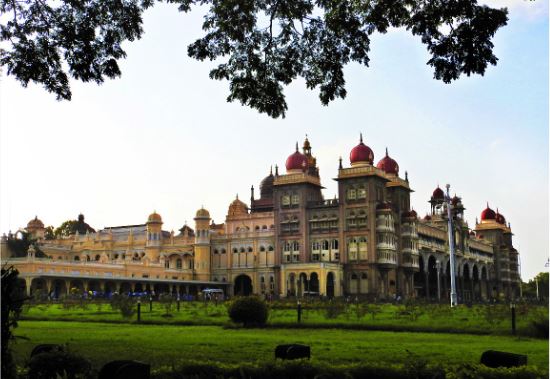 The city of Mysore is known as Sandalwood city. The Mysore Palace was built under the supervision of the British. It is constructed in the Indo-Saracenic style of architecture which was a revival style of architecture of the Mughal-Indo style. The Mysore Palace is now a museum which is open to all tourists. Ṭhe Brindavan Gardens is about 10 kilometers from the city and adjoins the KRS Dam. The gardens have a fountain show which is a must-watch. Nearby is the Chamundeshwari hill and temple which is visited by tourists and pious Hindus alike. The Karanji lake is and the park is also a site loved by tourists to enjoy looking at the waters amidst nature. Shivanasamudra falls, on the Kaveri river and the best time to visit is September to January is about 75 kilometers.

Karnataka is also home to many national parks where animals move freely and tourists are allowed to spot animals in their natural habitat.

Citizens of many countries including United States, France, Australia, Germany, Spain, Italy are eligible for India e-Visa(Indian Visa Online). You can apply for the Indian e-Visa Online Application right here.